By continuing to browse, you accept the use of cookies.

Official Site
Back up

Looop Denki is an electricity retailer in Japan. Despite being new to the industry, as of December 2018 it has created a strong presence in the market and has supported over 150,000 contracts for electricity. They offer plans that are simple to set-up and have no base charges. Find out more about their top-notch service and competitive plans:

While other major electricity providers often charge for the user’s amperage/electricity capacity (base charge), Looop has a 0 yen base charge.

2. Unique fee for the kWh

Other electricity providers like TEPCO and KEPCO often use a 3-tier pricing model to charge consumers based on their consumption behavior. This means that consumers are charged different rates depending on the amount of electricity they used (kWh). The more electricity you use, the higher the electricity rate per kWh you pay. Looop, however, offers a flat rate across all levels of electricity consumption. 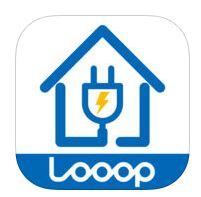 Looop Co. Ltd. was founded in 2011, after the Great East Japan Earthquake, in order to develop self-sufficient/free-standing and environmentally-friendly electricity options. Since the liberalization of the electricity market in 2016, Looop has extended its business model to become an electricity retailer for the entirety of Japan, except for Okinawa and some remote islands.

Its mission is to spread renewable energy around the world and create a future where energy is freed from constraints and easily accessible by everyone.

It competes with major electricity companies such as TEPCO and KEPCO through its simple pricing and billing tactics. Major power companies determine base fee charges by ampere capacity and have 3-tiers of pricing; the more electricity you use, the higher the electricity per kWh rate you pay. However, Looop has a 0 yen base charge and charges a single price for electricity. They can do this because they has the advantage of having lower fixed costs compared to other providers.

Looop procures its electricity from solar power plants that they have invested in, as well as from general electricity generators such as Tokyo Electric Power and Kansai Electric Power via JPEX (Japan Wholesale Power Exchange). As an electricity retailer, Looop only manages the billing of electricity. Whereas supply and distribution of electricity are carried out through the grid, and the infrastructure in a particular area is managed by a regulated monopoly. In Tokyo, TEPCO is in charge of managing the infrastructure. Said another way, the electricity you receive will be the same regardless of who you choose to sign a contract with.

Looop sells products such as a variety of solar generation kits and even small wind turbines, while also providing a retailing service.

What is city gas? Find out more about city gas in our guide comparing it to liquified propane.

This article will focus on Looop’s retailing services and compare its plans with other electricity providers in the area:

Looop Electric’s Home Plans and Business Plans have a 0 yen base fee, meaning all you only pay for the electricity fee according to your usage. However, you will need to pay fuel adjustment costs and renewable energy power generation surcharge just like other electricity companies. These costs are common and unavoidable across Japan, and the surcharge is part of the (Feed-In-Tax) FIT regime.

How to apply to Looop Denki

To apply for Looop's electricity and gas, you can do so on the Looop official website. Although there is a telephone number on the website, you cannot subscribe via phone (That number is dedicated to an inquiry service).

If you live in your current residence and want to switch electricity / gas to Looop, you will be required to have the "Supply point identification number" and the "Customer number" of the company electric power company / gas company that you are currently under the contract with.

Need help? Here you can see the detailed process about "how to apply to Looop denki" (PDF file).

Where can I find my "Supply point identification number" and "Customer number" ?

You can check this information from the meter reading slip that you receive every month, or from the customer's web page of the electric power company or gas company.